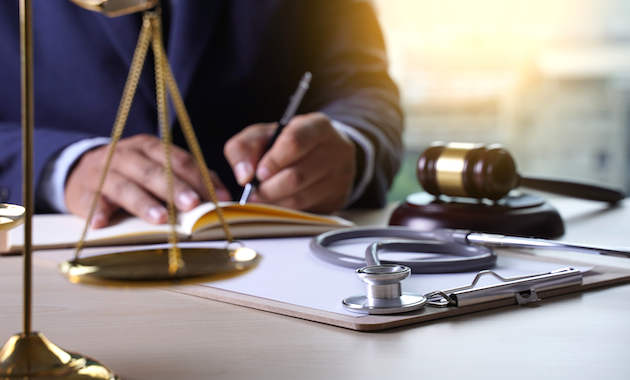 According to court documents, all three men sold these signed doctors’ orders for cancer genetic tests to labs in exchange for illegal kickbacks.

The full Department of Justice release can be read here:

What to do next…

Why do thousands of providers trust DoctorsManagement to help improve their compliance programs and the health of their business?

Experienced compliance professionals. Our compliance services are structured by a chief compliance officer and supported by a team that includes physicians, attorneys and a team of experienced auditors. The team has many decades of combined experience helping protect the interests of physicians and the organizations they serve.

Proprietary risk-assessment technology – our auditing team uses ComplianceRiskAnalyzer(CRA)®, a sophisticated analytics solution that assesses critical risk areas. It enables our auditors to precisely select encounters that pose the greatest risk of triggering an audit so that they can be reviewed and the risk can be mitigated.

Synergy – DoctorsManagement is a full-service healthcare consultancy firm. The many departments within our firm work together to help clients rise above the complexities faced by today’s healthcare professionals. As a result, you receive quality solutions from a team of individuals who are current on every aspect of the business of medicine.

“No one is more cherished in this world than someone who lightens the burden for another.” A sincere THANK YOU to our administrative team for all you do to support DoctorsManagement and our clients! #administrativeprofessionalsday pic.twitter.com/HBCa…

The Compliance Guy goes LIVE in less than 30 minutes! Join Sean Weiss and special guest, Robert Liles as they discuss significant changes in the Anti-Kickback Statute as published in the Final Rule November 2020. Watch Live at 1:30 EDT youtu.be/won0yKn6HUY pic.twitter.com/nhTn…

You don't want to miss the first episode of The Compliance Guy LIVE with Sean Weiss and special guest, Robert Liles tomorrow at 1:30 EDT as they discuss significant changes in the Anti-Kickback Statute. Register for FREE at app.hatchbuck.com/On… pic.twitter.com/LmBh…

You don't want to miss the inaugural episode of The Compliance Guy Live THIS Friday at 1:30 pm EDT as Sean Weiss and special guest Robert Liles discuss the significant changes in the Anti-Kickback Statute. Register for FREE at app.hatchbuck.com/On… pic.twitter.com/DnUa…

We're excited to announce that Sean M. Weiss (AKA “The Compliance Guy”), will be hosting a one-of-a-kind live broadcast on 4/16, 1:30 pm EDT with special guest Robert Liles. Register for free at app.hatchbuck.com/On…. pic.twitter.com/x5T7…

NAMAS, an educational division of DoctorsManagement will be hosting a complimentary webinar on 3/19/2021 at 11:00 a.m. eastern to review recently released guidance clarifying the 2021 E&M changes. Register to attend at register.gotowebinar… pic.twitter.com/aL2y…

DoctorsManagement Partner and Founder of the @NAMASauditing Shannon DeConda, kicks off 2021 with a revisit to the SOAP note. How is this relevant for provider documentation in 2021? Read Shannon's blog post at namas.co/the-soap-no… pic.twitter.com/HKWa…

This website uses cookies to improve your experience while you navigate through the website. Out of these cookies, the cookies that are categorized as necessary are stored on your browser as they are essential for the working of basic functionalities of the website. We also use third-party cookies that help us analyze and understand how you use this website. These cookies will be stored in your browser only with your consent. You also have the option to opt-out of these cookies. But opting out of some of these cookies may have an effect on your browsing experience.
Necessary Always Enabled
Necessary cookies are absolutely essential for the website to function properly. This category only includes cookies that ensures basic functionalities and security features of the website. These cookies do not store any personal information.
Non-necessary
Any cookies that may not be particularly necessary for the website to function and is used specifically to collect user personal data via analytics, ads, other embedded contents are termed as non-necessary cookies. It is mandatory to procure user consent prior to running these cookies on your website.
SAVE & ACCEPT